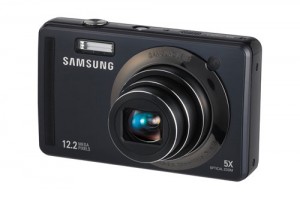 Samsung SL720 is a really nice compact digital camera that’s both inexpensive and versatile. As of time of this writing I have not seen a single hands on review of this camera, most likely due to it’s recent release data. Whatever the reason for it slipping under the radar of major reviewers such as cnet it has attracted my attention as pocketable alternative to the DSLR that I own. I have been looking a very small and very cheap camera that has nice optics, has high megapixel count and more importantly can shoot HD video. Because I never owned a Samsung digital camera, or seen a single review on SL720, I made my selection strictly on it’s specs.

I’ve had this camera for over two weeks and got it on sale (Black Friday) for just $120.  During this time I got it use it in various situations from bright daylight to dim night club, so here are my impressions.

First thing I was impressed with was SL720’s optical specs. It has a pretty wide angle 28mm lens, which is great for shooting indoors.  It features 5x optical Zoom and even real image stabilization! Sadly camera does not have optical viewfinder or any means to attach one (no flash bracket).  Sensor is capable of 12.2 Mega Pixels resolution and it’s size 1/2.33 ” (6.13 x 4.60 mm, 0.28 cm²). Camera has built in flash, tripod mount thread, large 2.7″ LCD screen, stereo microphone on top and few tiny buttons on the back.  It’s not too thin, but can be easily carried in the packet. Best of all it’s capable of recording video @ 720p resolution.

(see actual photos and video at the end of the article)

SL720 really excels in the function that’s usually a secondary in the digital cameras – video mode. It records movies in .MOV container at 720p resolution (1280×720) at 30 frames per second. You can also go with lower 15 FPS mode, or if you are not ready for HD this camera will allow you drop down to 640×480 or even 320×240 (at 30 or 60 fps). 60 fps mode is available only at it’s lowest 320 resolution, and honestly I don’t know why anyone would want it. While 720p is not considered a full HD (i.e. 1080p) I belive it’s quite sufficient for such a small recorder, easier to work with and doesn’t eat too much storage. In my opinion it’s a sweet spot of home made HD.
Movies recorded with SL720 look really good when shot in good lighting conditions. In fact you would not think that such good quality can come out of such tiny camera! Autofocus during video recording works remarkably well which leaves me puzzled why they couldn’t get it to work on my Canon 5D MKII.  One feature of the movie mode I really liked was ability to pause/resume recording without creating new file which no other cameras seem to have.
In low light, it still performs good, so you will be able to record movies in dimly lit room as long as you don’t expect crispy clear image quality. It does pick up a lot of noise which doesn’t bother me if I’m making a tutorial video for YouTube or blogs.
One big shortcoming of the SL720’s movie recording features is it’s microphone placement. While mic is stereo, it’s placed on the top of the camera, so it will only pick up your own commentaries and not much audio from the subject you are taping. If you must use recorded audio, expect to do some amplification and noise cleanup in the post processing. It’s also worth mentioning that while camera doesn’t seem to pickup noise from the autofocus and image stabilization it will mute sound if you use zoom.  I’m not sure why Samsung did this, I’d rather have zoom noise present in the recording than no audio at all.

(see actual photos and video at the end of the article)

For a digital camera in this price range, SL720 has great set of picture taking features. Macro mode is good, it let’s you come really close the object, giving a real magnification (probably around .5 x) and fast focus provided subject is lit nicely.  You would want to use flash in macro mode as it will obliterate object you are photographing, unless you diffuse light with piece of paper or cloth.   Image stabilization helps in low lit places and allows you to shoot without flash. Additionally camera has digital image stabilization and has a mode called Dual wich let’s you use both without using flash, but I found it doesn’t work right as it tries to overexpose and in the dark places image will be blurry no matter what. Face detection feature works great, it does what is supposed.  I like to play with smile detect feature which shoots photo automatically when person smiles.  P mode let’s you change flash settings, exposure and several other attributes.  Shutter lag is not too bad, if compared with old digital camera from 4-5 mpix era.
In brightly lit areas, image quality was ok, but still disappointing. When viewed at 100% images are not sharp, and you will immediately notice ugly artifacting from JPEG compression.  Unfortunately Samsung didn’t give you option to shot uncompressed, which I don’t understand.  With current media card sizes, file size should not be an issue. Camera basically unusable in dark areas such as night clubs, for a number of reasons. Main one is it fails to focus on the subject, it seems AF beam doesn’t work in the dark as it supposed to. Tiny flash will either blow out faces or leave scene in the total darkness. Noise is unbearable even at 400 ISO. For this I blame tiny12 megapixel CCD sensor. I love high megapixel count, but in this case I wish Samsung would leave it at lower (8 mpix or so) resolution.
Another big negative for this camera is button placement/functionality. Zoom button is placed on the back, it’s small and has up/down movement which is usually oposite to many cameras that have left/right movement. I still can’t remember which way zooms in and which way zooms out, and because there’s a very noticeable lag when using zooms in photo modes it makes it a frustrating experience.  Another minor annoyance is that you cannot delete image while it’s being previewed on LCD without switching to the play mode. It just takes too many clicks to delete unwanted photo.
On the positive side, I had no issues with shutter button, which is placed nicely and very responsive. Mode selection wheel is large enough to easy switch between modes, but there’s a lag when you turn it so it’s not immediately clear in which mode you are in.
Overall I would say that I was disappointed by the picture quality of images, but keeping in mind it’s cost Sl720 makes a good secondary camera to carry around in our pocket.

Samsung SL720 comes with a tiny battery that can only be charged in the camera, there’s no external charger. Battery live seems sufficient although I didn’t really test it for long time without recharging.  Camera accepts regular SD or SDHC flash memory and I didn’t see any issues using slower Class 4 SDHC cards.  3 inch LCD screen is bright,  crisp and displays great colors. Camera body (I have the black model) is nice looking, compact (although not the thinnest out there) and can be easily carried in the pocket. It’s pretty light, so I had no issues using it with my DIY baseball cap camera mount.
In the box besides camera and battery you will find a travel charge, proprietary USB charging cable, carrying hand strap, quick start manual, CD and nothing else.
I was somewhat upset by Samsung’s decision cash in on proprietary connector, which btw, is extremely short which can be good if you charging from laptop or USB hub, but bad if you are using AC wall charger. It’s so short that you can only place camera on the floor and in some cases it won’t even reach that far from the outlet. I had hard time locating spare cable online. Did find one seller on eBay who seems to carry it, but it has to be shipped all the way form China. Socket looks like a mini-HDMI, but if you think you can hook it up to the TV with mini-HDMI cable, think again. It requires (not included) adapter for either composite or HD adapter in order to connect to the TV.

Samsung SL720 is a nice little camera, that can do it all but not very well. I was impressed with daylight video quality but was also let down by the picture quality. All things considered if you really don’t want to spend much but have it all, SL720 will be your only choice. 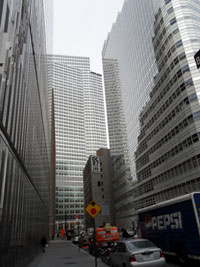 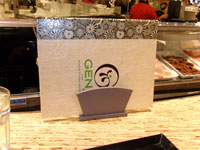