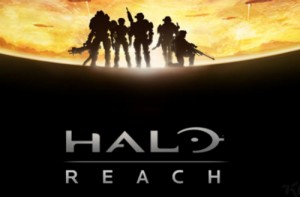 My old Xbox 360 died. Error E74. Took it apart reapplied thermal compound to the heat-sinks.  Eventually figured out it was either hard drive or SATA controller. Box seems to work without hard drive attached (but just barely). So I went ahead and bought new Xbox 360 Slim with 250 Gb hard drive. And since I was at the GameStop I also picked up Halo Reach.

First impression from the game was … well impressive!  Good story, voice acting, nonstop action, cool weapons and power-ups.  This definitely the best Halo since original. Only took me 2 days to complete the campaign.  But then I tried multiplayer and was really disappointed.  I probably spoiled by more or less realistic COD and Battlefield game play.  Halo felt so cheesy and childish, with levels looking like they were made out of lego. Everyone is bunny hopping, it’s really hard to snipe with Xbox controller.  There are some new cool modes, like head hunter, but most levels I’ve seen are from previous Halo titles, there’s really no innovation on this front.  Jets are useless, you are might as well have target painted on your back when you fly, cause you get shut down immediately.  I’ll try playing more, but I kind of completely lost interest after couple of hours. Your mileage may vary…