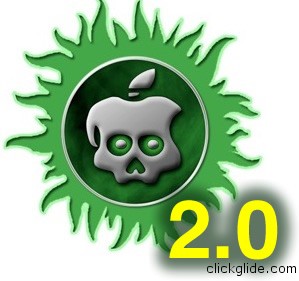 It boggles my mind how did I manage to miss Greenpois0n’s Absinthe 2.0 jailbreak which came out almost 2 months ago… I’ve been literally checking for 5.1.1 JB every few days before that. Well anyway I got it in time before Apple released new update iOS and it works great!

They recommend wiping your device prior to Jailbreak, but I wanted to avoid it at all cost and was able to do it without loosing much.

Absinthe did crash when I tried to JB on Windows 7 x64, so I tried again from my laptop running Windows XP and it worked. Took just few minutes to patch OS.

After successfully JB, you will have Cydia app installed.  Start it, update what’s necessary and reinstall your apps. I found that all the data was preserved (SB Settings options, iBluever profile, etc.)

My primary reason for JB is iBluever app which allows me to tether to my Blackberry phone (over bluetooth) to get internet. For some reason after update to iOS 5.1.1 iBluever works so much better! Even tho my blackberry is only 3G, I’ve seen huge improvements in internet speed (pages load incredibly faster, even tho I didn’t actually measure speed via Speedtest).

Actually everything seems to be working much smoother now which I didn’t expect, and I can finally update Apps that require 5.1.1