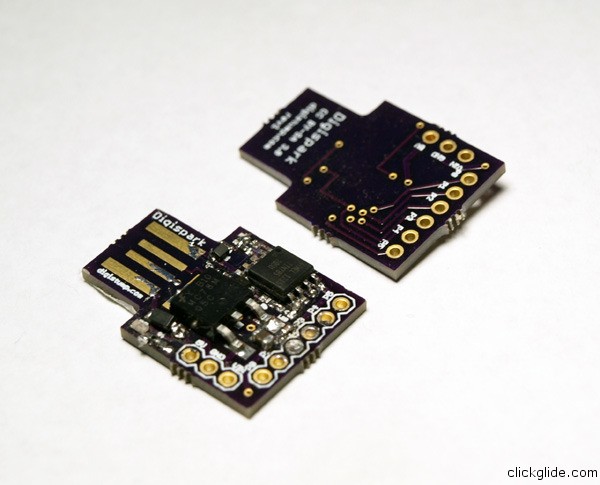 If you like fiddling with microprocessors you probably know what Arduiono is.  I used one in my DIY Camera Slider project. Problem with Arduino is while it’s not very big, it’s still pretty large for some project where space is at premium.  And it’s kind of pricey at $35, so you will think twice if you want to leave in your project…