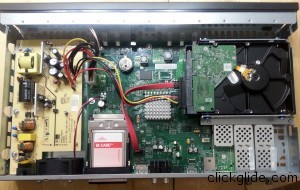 As I mentioned in the last post I attempted to upgrade HDD on my Tivo Premier.

Steps I took were:

After everything was done, I booted up Tivo. At first it seems a little more sluggish then usual. I watched recorded episode of Simposns, then whent to watch live TV and almost immediately Tivo Rebooted. Uh oh!

I searched online and saw some posts from other people who had issue with Seagate drives. Some say it’s due to “Advanced Formatting” (4K cluster) on these drives.

But after that first reboot, Tivo has been working fine for 2 days (at least I didn’t see it rebooting) so I’m hoping it will be ok. If not I’ll post an update.